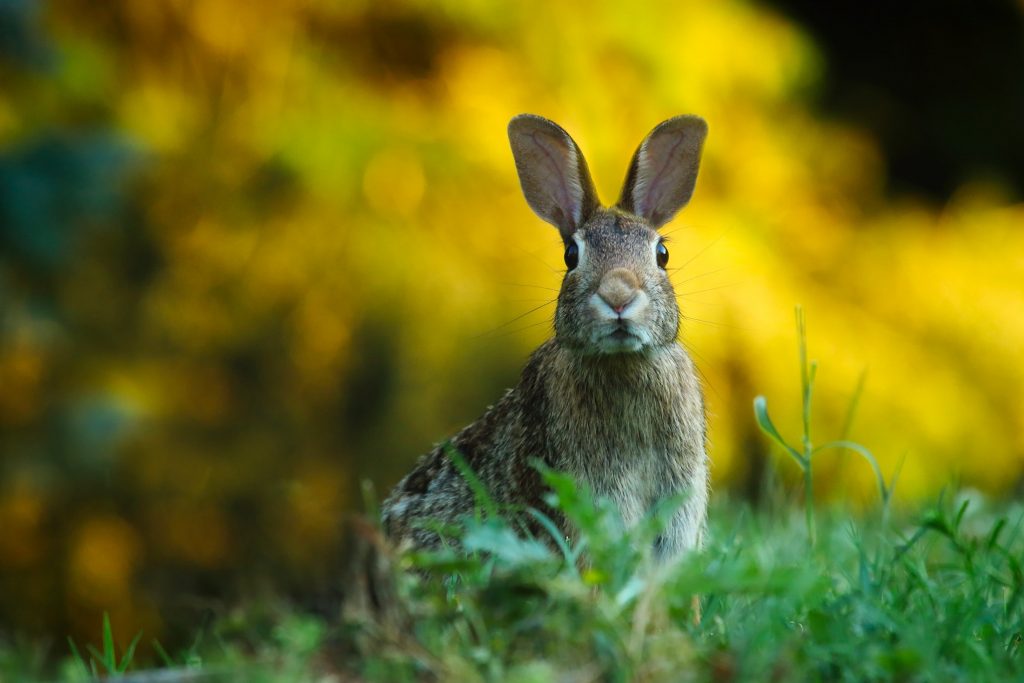 Rabbits are amazing pets. They are playful, cheerful, and are a great company. They not only keep us occupied, they also keep us lively with their antics, as they cheerfully hop around the house or their hutch all day long.

One of the most enjoyable parts of getting a new pet rabbit is choosing its name.

Newborn baby rabbits are identified as kits or kittens. When you decide on a name for your new kit, you may want something different, cute, or even something funny.

Naming your pet animal will help you to create a bond with him and  a sense of belonging. Mind you, rabbits learn to reply to your voice and will become more friendly once they are accustomed to you and the people who visit them frequently. They are even smart enough to identify and learn to respond to their own names, so choose carefully.

With so many rabbit pet owners, there are a bunch of names that you could think of. If you just got a bunny and are trying to come up with the ideal name, here are loads of concepts to get you started:

So sit back, take a bowl of carrots to munch on, and pick out that excellent name for your new, furry friend.

Tips on Naming Your Bunny

It’s not always easy coming up with the ideal name for your bunny.

Maybe you have a couple picked out and you just can’t determine which one you like best. Maybe your mind is drawing a blank and you can’t think of a unique name.

Whatever the reason, here are some tips to help you out:

You’ll need to think thoroughly before committing to a name for a male rabbit. Your pet will possess the same name for up to ten years, so you’ll need to guarantee that both you and your pet like it.

Choose a rabbit name from your favorite food, film, or book. Name your pet after somebody you love or respect. You could even choose something that’s just for fun, as long as it’s in good taste.

With proper training, your rabbit will learn his name. Treat it like a command, so much so that your pet would realize that good things happen when you say his name.

There is nothing wrong with strange names for male rabbits. The more unusual the name is, the better. Just remember that you’ll need to use it in the presence of other people, so don’t come up with a name that would cause them any confusion.

Other rules include the following:

Here are the ten most famous male (buck) rabbit names. These are popular for a reason:

Names for Male Rabbits Based on Their Appearance

The simplest way to name your pet is after his appearance because you’re unlikely ever to forget his name this way. Here are some of your prospects:

Flicking through tales of yesteryear is an excellent way to inspire pet names. Your rabbit could be named after any number of famous legendary characters:

Do you have a fascinating cultural heritage? Maybe you could pay tribute to your heritage through your rabbit’s name. Several foreign-language names have compelling meanings:

Male Bunny Names Based on Books and Movies

Pop culture is a rich source of influence for pet names. Think about your favorite films and movies and see what suits your rabbit the best:

Naming your rabbit after a celebrity serves two ideas. Firstly, it will surely make you laugh. Secondly, you can use a human name in a company to avoid confusion. Funny suggestions cover:

Celebrities are omnipresent, so you’ll never run dry of thought. Just don’t let your rabbit think that he is too popular. He’ll surely get a big head.

Names Inspired by the Behavior of Male Rabbits

You may not even necessitate naming your rabbit. Sometimes, a pet chooses his own moniker through his behavior. Observe for any of the following:

If you’re striving to decide on a rabbit name, why not apply your favorite food or drink?

There are few things more attractive than a dwarf rabbit. These pets are tiny, which leaves you two naming choices. Do you lean into your rabbit’s size, or prefer something funny and ironic?

Keeping two male rabbits together can be crafty. But if they bond, they’ll surely be best friends for life, though. You’ll need to think of a suitably iconic pair of names like:

Adding a Dash of Distinction

Some people prefer creating especially long names for their pets. Something between the lines of Sir Humphrey Who-Eats-Bananas of Hoppington Hollow.

If that looks a bit much, perhaps you just want to attach an honorific like Mr., Mrs., Miss, Sir, Lady, or Lord. You can also opt to supplement an actual title like Prince, Princess, Queen, or King.

After all, your pet is whatever you fancy him or her to be in your realm.

Will My Rabbit Respond To His Name?

It’s possible to train your rabbit with his name. He will not recognize it as we do, though. Instead, your rabbit will treat his name as a lead.

This will not be an overnight method but your rabbit will eventually respond to his name when called, though. You just need to ensure the sound remains a root of pleasure.

There is no hurry to name your rabbit. Don’t pick something inappropriate before he comes home. Hold fire and observe for a while. Before long, the inspiration for the ideal male rabbit name will strike.

Naming a pet is a serious job. You don’t want to decide on one that will get old in a few weeks. You want to pick a name that best fits your new furry friend.

And we hope that you got some ideas from this post. Let us know what your rabbit’s name is in the comments section. We’d love to hear it!

Want your rabbit to be happy and healthy?

Click here to order the ebook How to raise healthy & happy rabbits!

Need other things for your rabbit?
Click on the links below for:
Rabbit food
Rabbit Toys
Rabbit supplies
Rabbit cages and houses
Rabbit health and hygiene