I am Emiko Tochimoto. I am from Japan and I went to the Philippines to study English. While I was studying English in the Philippines I met this another Japanese woman Mori Kanae. I didn’t know a lot about Mori san, but what she did was inspired me to get rabbit as a pet. Thanks to her for that.

She showed me pictures of her rabbit and I couldn’t resist myself from having those cute animals in my home.

So as I was living with my boyfriend, I asked him whether is it a good idea to get a pet rabbit or not. My boyfriend loved the idea but was only concerned about no pets allowed regulation of the condominium we were living at the time.

But I told him that I want a cute rabbit soon. My boyfriend had no issues about having rabbits but he was worried about two things:

As we were living temporarily in the Philippines, so didn’t have any plan on what to do with the rabbit if we are leaving the country;

Yet I and my boyfriend agreed to get a pet rabbit. I told my boyfriend I will hide the baby rabbit on my way upstairs, in my backpack.

So, the next day we went to downtown. We quickly found a vendor, and I couldn’t wait anymore to have one for myself. But my boyfriend said maybe one rabbit alone in our home will be lonely. Why not buy two rabbits?

But anyhow I decided to get one rabbit. I bought this cute female rabbit. 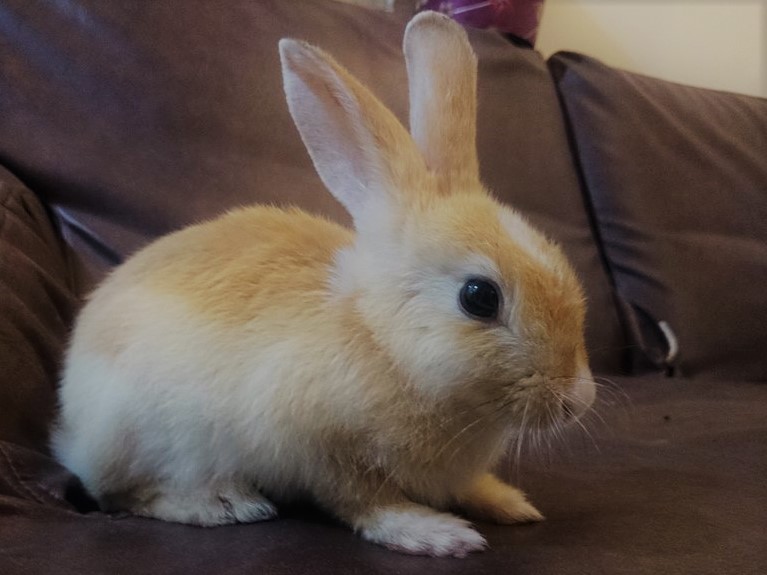 She was as soft as a cotton ball and probably very stressed with all the noise in the market. (Picture) We named her “DAYA”.

We brought her home. I couldn’t understand my boyfriend first how he feels about the rabbit. But there was a time sometimes I felt he cares more for DAYA chan than he cares for me. But I absolutely had no issues about that. Because DAYA chan is like a baby to me.

Would you like to get something for your rabbit?

Enter your details and HOP onto great deals from Rabbit Scout.